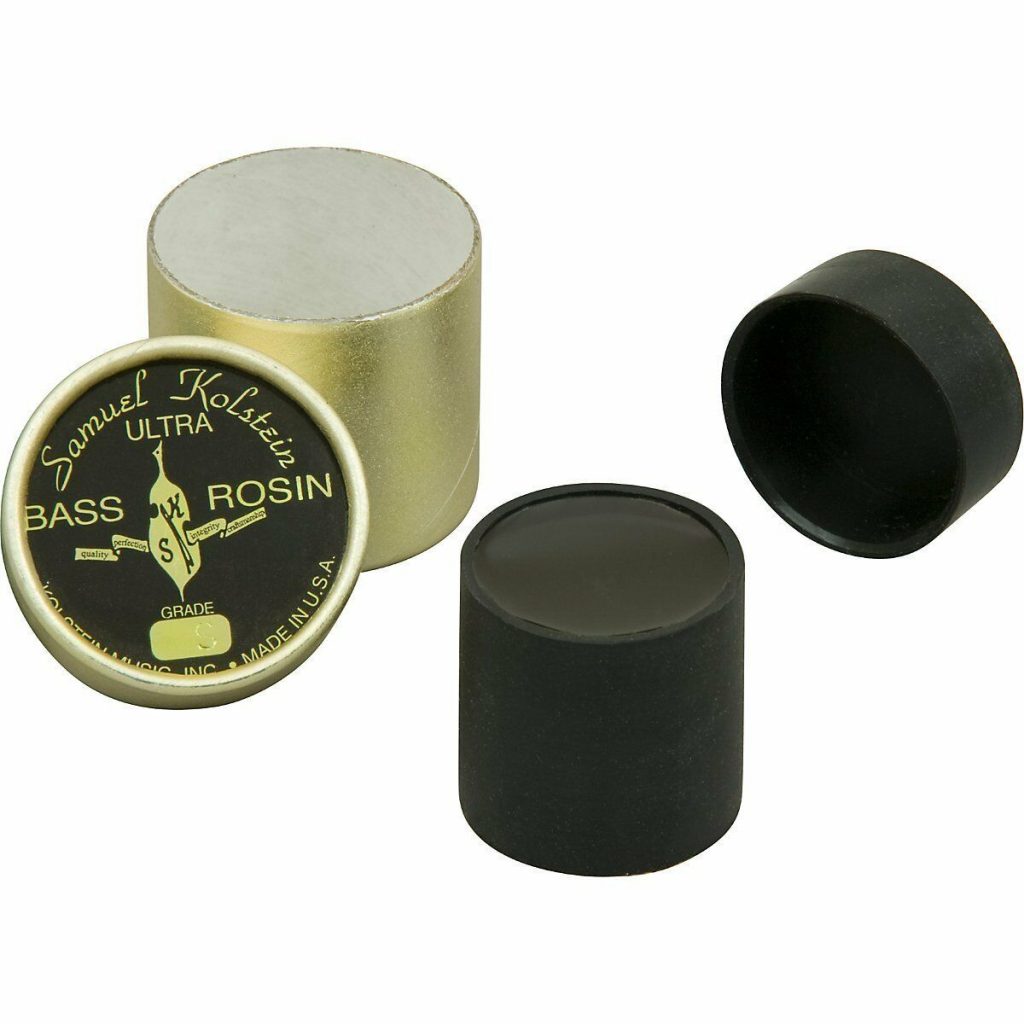 Kolstein Rosins are specifically formulated for the upright bass, offering strong, even adherence, long lasting power, and extremely low powdering. It has an indefinite shelf life made possible by a continual wetting agent in the formula which prevents crystallization, permitting easier application and minimum powdering while playing, and also prevents the rosin from drying out with age.A History of Kolstein RosinsUpon analyzing the rosin situation of the modern day violinist, violist, cellist and bassist, it became apparent that the need for a consistent rosin specifically formulated for each instrument was greatly needed. Prior to the development of Kolstein’s Formulation Supreme Rosins, rosin was generically made for all instruments with players being forced to use rosins which were not formulated with the individual instrument’s requirements. For that matter, the violin, viola, and cello players were using identical cakes of rosin.Kolstein’s Formulation Supreme Bass Rosin has corrected this problem. Through much tedious research and experimentation, the results has produced the Kolstein Rosins specifically formulated.